Professional Networking for the Aged 50+ Worker

There is a hiring crisis going on currently with the worker aged 50+. They have been squeezed out of the workforce, as having many workers of all ages, but the difference with the mature worker is that they are not being allowed back in. Employees who thought that they would retire with long-held jobs or who thought the option of always being able to pick up something new have had these dreams shattered. The frustration, discouragement, and fear of entering the twilight of working years with no work is palpable. 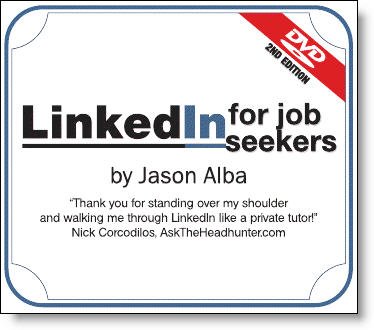 Too many this reality came as unexpectedly as the body slam of the Great Recession with its disastrous effects And one of the most egregious consequences of the Recession has been for companies to shed themselves of older workers whenever possible. As counter-intuitive as it may seem, it has become not only accepted, but encouraged to have hiring policies that eliminate workers with accumulated knowledge, wisdom, and experience. Combined with a historic work-ethic characterized by loyalty to one’s employer and willingness to put in long hours and you would think the mature worker would be seen as desirable. But apparently not.

Unfortunately, workers aged 50+ are seen as having more liabilities than assets. These include having outdated and counter-innovative ideas, a relative lack of technology skills, an unwillingness to accept the changing social culture with its increasing ubiquitous connectivity, a complacent work style, higher risk of health problems, and difficulty accepting the lower compensation packages of today. The challenge for the older worker is to tip this balance. In other words, be seen as having more benefits than burdens.

There is a process I recommend to go about branding yourself as being a valuable prospect worthy of consideration by hiring managers. Begin by systematically and deliberately

putting together a presentation package about yourself that highlights all of your advantages, while directly confronting perceived misconceptions of your “old-fashioned” weaknesses. Once constructed, this message should be displayed on your resume and online profile. With this in hand, it’s time for you to present yourself to those who are in positions of influence with regards to direct hiring or who have connections leading to potential hiring opportunities.

This leads us to networking. By now most job seekers have heard that leveraging your contacts is the best way to get a job. But many older workers, despite all of their years of working, feel that they have no network. Maybe your past work was somewhat isolated, or you have not been much of a people-person, or as is very common you did not get the memo at the start of your working years that you should maintain and even cultivate connections with high-value colleagues throughout your careers. If you feel you have no viable network, then get started identifying one. It’s in your job search interests to do so.

Communicate your value proposition and job search goals beginning with those closest to you and then widening out. Start with your family and close friends. From there move to LinkedIn (or even Facebook). Search for those colleagues both current and former and request connections. With your expertise clearly displayed on your LinkedIn profile you can more easily ask your connections who they recommend you talk with.

Be prepared to get into the zone of seeing most, if not all, social events as networking opportunities. The PTO meeting, the cocktail party, the church committee, and many others are possibilities for reinventing or starting new relationships. Share as appropriate your professional value, during these situations. Expanding your circle and adding face-time with others should become an ongoing effort.

Becoming part of the conversation gets you known. Joining in and participating in industry and interest groups discussions on LinkedIn and Twitter or within your professional associations increases your visibility. Sharing expertise heightens chances of making new and potentially valuable networking connections.

Since the doors of employment are not being opened wide for the aged 50+ worker it becomes necessary for you to push them open. Accepting the new normal and being strategic about navigating it may make all the difference.

Posted in Job Search For Older Workers, Networking, Your Employment